The ‘6’ key on my Mac 512k’s keyboard had, at some time in the past, suffered some kind of blow that snapped off the stem of the switch inside the upper keycap: 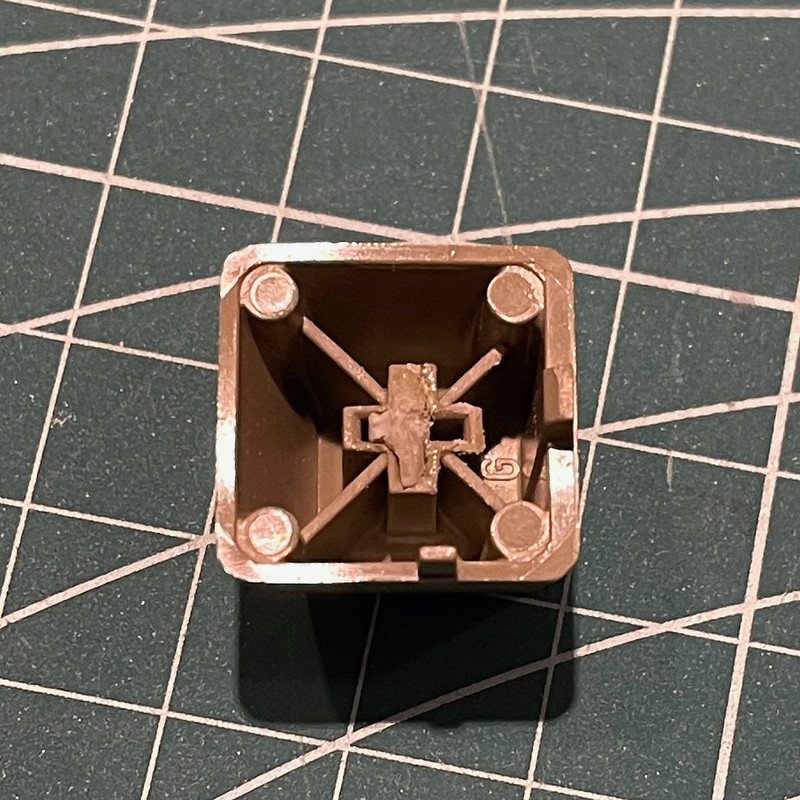 It looks like a previous owner had attempted to super-glue the keycap back in place, so the first step was to carefully pry the small tip of the stem out of where it was stuck: 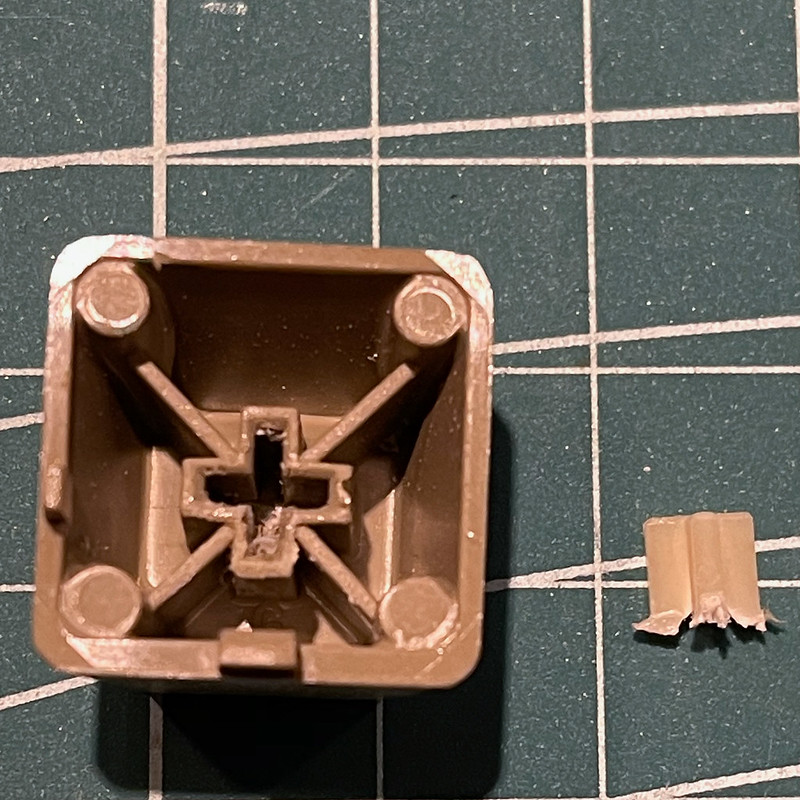 Then next step was to de-solder the key switch itself from the back of the board. There are two switch variations; this was the earlier kind with narrowly-spaced through-board pins: 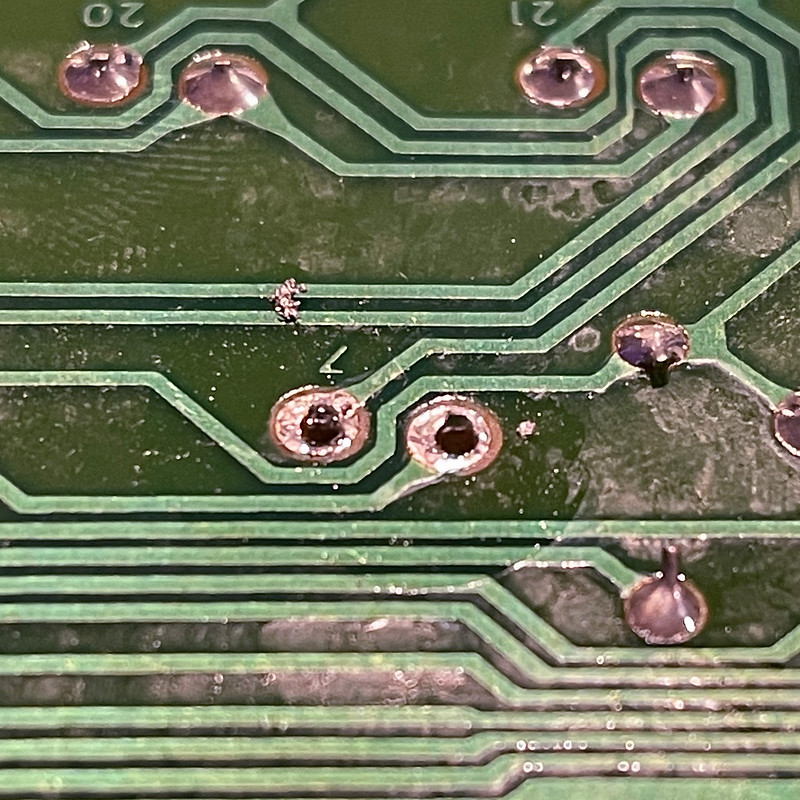 Broken switch removed, we’ll now insert the new switch into place and solder it in: 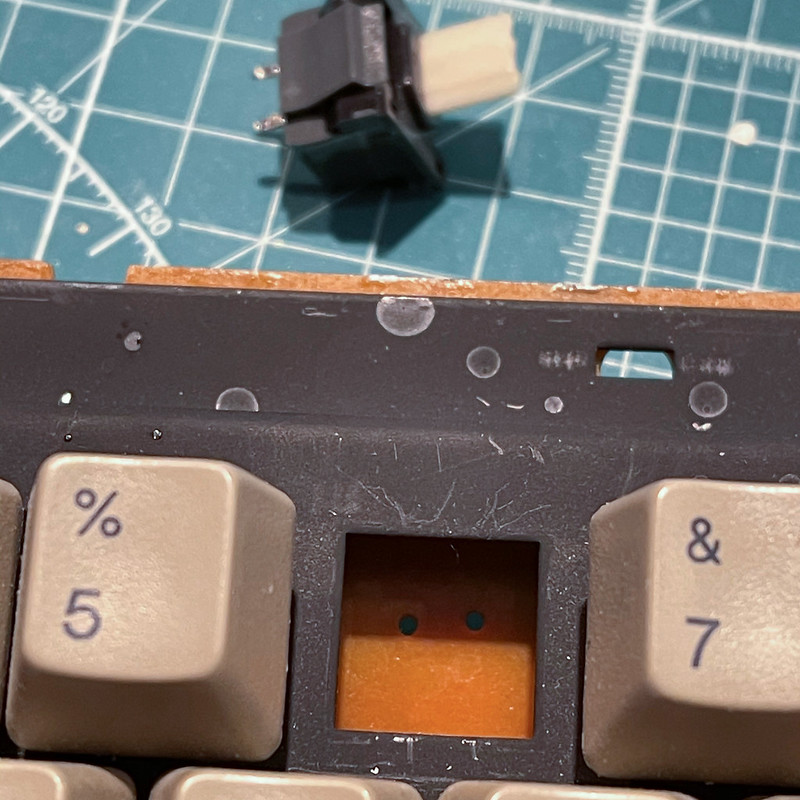 In the middle of this I noticed that the top plate on the new replacement switch on the right was cracked and missing some material, compared to the plate on the left that guided the stem of the broken switch: 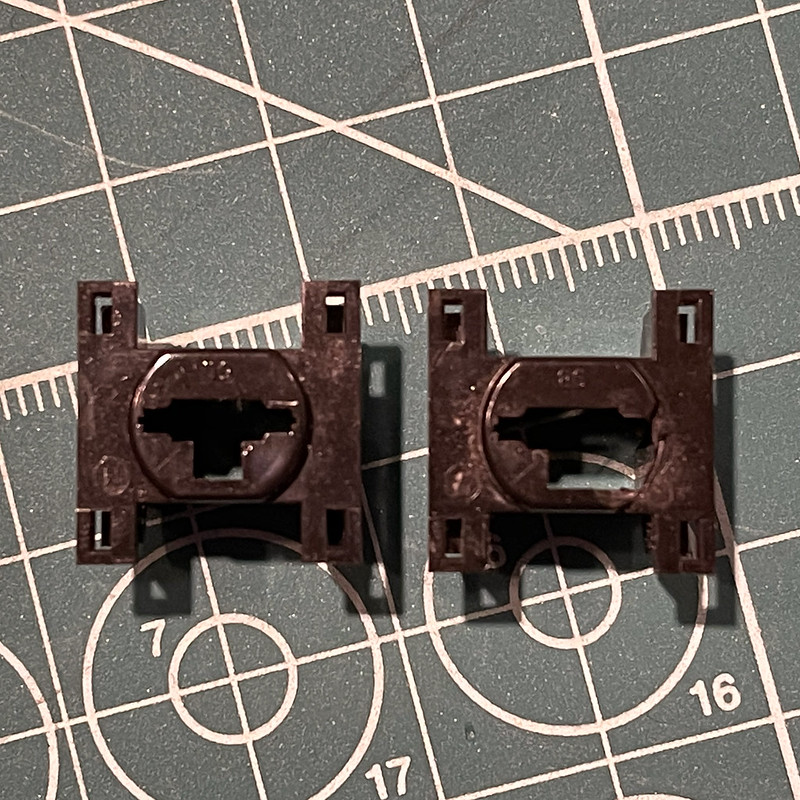 It made sense to combine the intact guiding plate from the old switch with the non-broken stem of the replacement switch for the best possible repair: 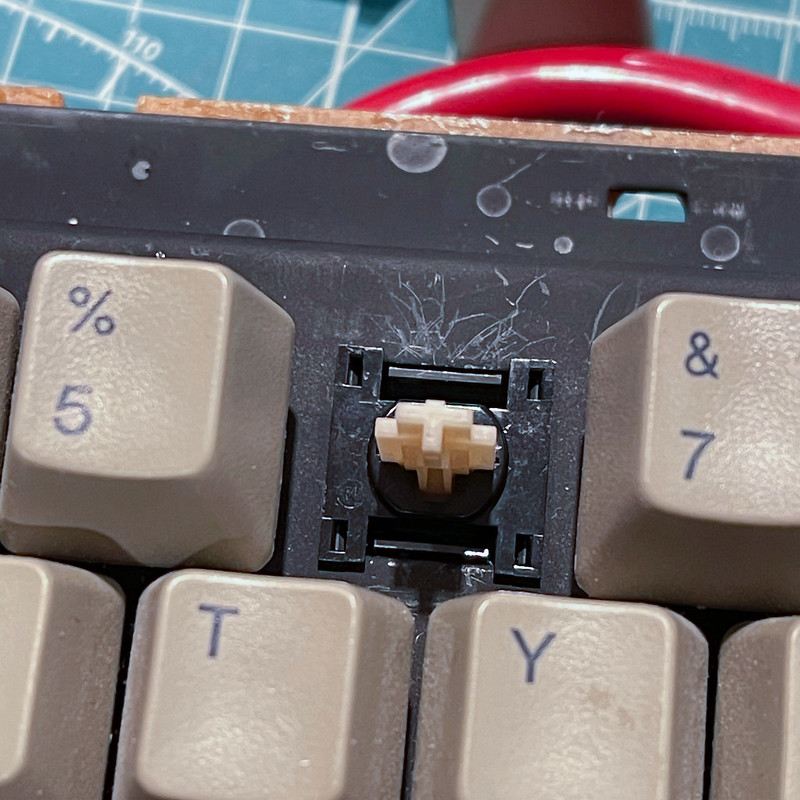 Now we have a complete row at the top of the keyboard: 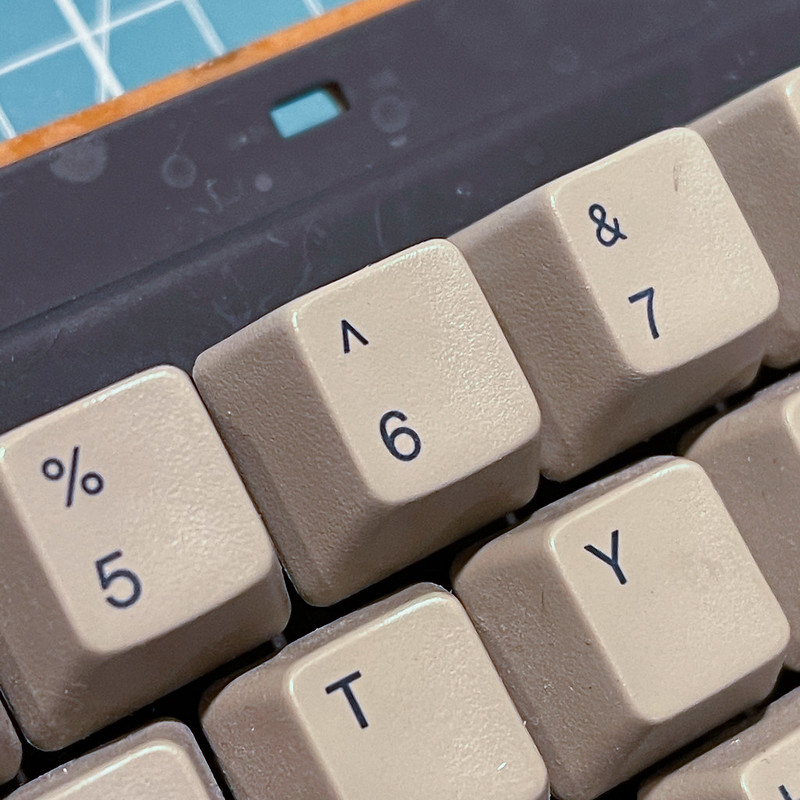